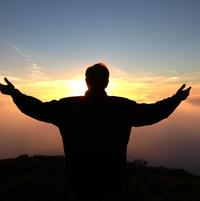 For some time, I have wondered about the relationship between spirituality/religion and well-being in old age. What kind of evidence is there that they promote good physical and mental health and greater longevity? As a little exercise to explore this, I reviewed 10 studies from the United States: six cross-sectional, three longitudinal and one meta-analysis; and all found through Psychnet (with all that implies for the framing of the research). They covered different groups (e.g. Christians, Hindus, LGB, African Americans, students and military and civilian leaders), disciplines (biology, psychology), ages (22-74) and educational and income levels. The results were mixed, but a few themes emerged.

First of all, it really does seem to be the case that going to church and/or doing good works is good for you.  Or at least it is positively associated with longevity and various measures of well-being. Six of the studies I looked at found a benefit in the fairly high levels of supportive social connectedness and regular communication between people that characterises many frequent churchgoers. The regular interaction with other people that comes with participating in a communal service enhances well-being (from a 2003 study with a sample mostly of older white professionals).  A study of the four religious pathways followed by Hindus (devotion, ethical action, knowledge and physical restraint) concluded that those who followed the path of ethical action (performance of work without attachment to its effect) had greater life and marital satisfaction and less depressed mood. Elderly African Americans who were active in organised religion had greater self-acceptance, environmental mastery, purpose in life, positive relations with others and personal growth. Added to this, the results of a meta-analysis of 40 studies (admittedly 20 years old) indicated that those with the highest scores for religious involvement were the most likely to enjoy greater longevity. One possible physiological mechanism for the association with decreased mortality is Interleukin-6, a regulatory protein in the cells with implications for the immune system and inflammation.  There is some evidence that individuals who attend church more than once a week have been shown to have lower levels of the protein than less frequent churchgoers.

Do the positive effects of church attendance extend to LGBQTs whose religion viewed homosexuality as sinful? One group of researchers considered the negative messages transmitted by heterosexual churchgoers that LGBs internalised, causing conflict between their religious beliefs and sexual orientation. They wondered whether joining ‘affirming faith groups’ that welcomed and accepted LGBs would lower these individuals’ sense of inner conflict and raise their levels of spirituality, engendering a positive effect on their psychological well-being. It did, although in the process some of the participants separated organised religion from spirituality. The authors called this a ‘personal, subjective and unsystematic expression of faith’ and argued that those who did not have a positive faith group experience could still achieve greater psychological well-being through spirituality.

The complex relationship between participation in organised religion and spirituality (aka private religiosity) was the second theme that emerged from these studies. Although the findings were mixed, most displayed some correlation or overlapping between the two practices. For example, African Americans who held positive views of organised religion and participated in it were quite likely also to have high levels of non-organisational or private religiosity. Both practices had strong correlations with psychological well-being, the only difference being that ‘environmental mastery’ was associated with church going but not with spirituality. Similarly, with older professionals, researchers found an overlap between church-going and spirituality in three areas of psychological functioning in older adults: well-being, performance of daily tasks and wisdom/generativity.

It depends of course on what you are looking for and what instruments you use to find it. A study based on Erikson’s (1950) theory of life span human development and Marcia’s (1966) research on identity development and spirituality found no such correlation, although the research team did conclude that spirituality ‘acted as a bridge between the self’, on one hand, and one’s community and deity on the other.

A third theme was the role of religion in enabling individuals to find a meaning in life. A study of college students’ that had two arms to test two different hypotheses found that a sense of meaning mediated the relationship between religiosity (assessed by looking at church attendance, prayer frequency, spiritual reading and meditation) and well-being for (i) life satisfaction and self-esteem, but not for (ii) religiousness and optimism. The conclusion was that both religious activities and beliefs contributed to an ‘immediate’ sense of well-being. A different study covering more or less the same ground (i.e. meaning in life), though with a slightly different focus (an attempt to operationalise the idea of ‘religious coping’) investigated older adults and stress, and highlighted the importance of religious teachings on finding meaning in the things we value, even when life is difficult. A similar result – though with a different construct (‘hardiness’ rather than religious coping) – was found for hardiness – as a mediating idea in explaining how religion can contribute to resilience in the face of adversity.

This suggests that religious beliefs (or at least certain kinds of belief about ‘our place in the world’ and the appropriate response to this) provide people with a framework for living that helps them cope with situations that tend to produce anger or depression or frustration.  The way in which religion can function as a coping mechanism for individuals provides an alternative mechanism (to high levels of social connectedness and mutual support) for explaining how it can have a protective effect on health and well-being.

For me this mini review was an interesting exercise, and I am well aware that I have only scraped the surface of a topic that has attracted an awful lot of research attention, especially in the USA. Nonetheless, these few studies suggest that both organised religion and personal spirituality may have implications for physical and mental health and longevity. Further explorations are warranted if stress and risk behaviours can be reduced, coping, mood and health can be enhanced and new ways can be identified to promote well-being in later life.

Patricia O’Neill (DPhil, Oxf) is an alumnus of the Oxford Institute of Population Ageing. She is currently a Visiting Academic at Contemporary China Studies (SIAS), Oxford University and an Associate in Research, Fairbank Center of Chinese Studies, Harvard University.

Leveraging design expertise for an ageing society
Scroll to top