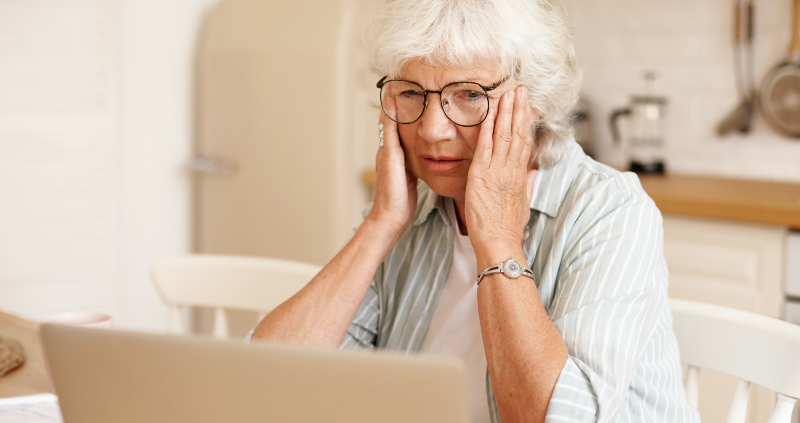 The Covid-19 pandemic has been a traumatic experience at all levels – for individuals, families, communities and governments. The numbers are beyond the grasp of most of us, globally, around 250 million cases and almost 5 million deaths.

In addition, headlines announce that life expectancy has taken a big hit.  Indeed, only recently, a new study from Oxford considered a range of countries around the world and their lost life expectancy. This was announced under the University of Oxford headline “The COVID-19 pandemic triggered life expectancy losses not seen since World War II in Western Europe and exceeded those observed around the dissolution of the Eastern Bloc in central and Eastern European countries”.

Many reading such a headline about the dramatic decline in life expectancy can be forgiven for thinking: “What? I survived the pandemic (at least for the time being) and now they are telling me I cannot expect to live as long as I could before the pandemic?”  For many who do not understand the specifics of life expectancy calculations they can cause alarm and confusion.

If we consider the study behind the Oxford headline we find research using mortality data from 29 countries, in which “27 of the 29 countries saw reductions in life expectancy in 2020, and at a scale which wiped out years of progress on mortality”. The article goes on to say that “the last time such large magnitudes of declines in life expectancy at birth were observed in a single year was during WW-II.”  Furthermore, the researchers’ analyses reveal that most of these life expectancy reductions were attributable to official Covid-19 deaths, showing “how devastating a shock it has been for many countries”.

It is only in the footnote to this headline that we find the explanation that “Life expectancy, also known as period life expectancy, refers to the average age to which a new-born will live if current death rates continued for their whole life. It does not predict an actual lifespan. It provides a snapshot of current mortality conditions and allows for a comparison of the size of the mortality impacts of the pandemic between different countries and populations”.

Thus, this does not mean at all that those of us who have survived the pandemic will live shorter lives! This is nothing more than a useful number-crunching exercise that enables us to compare the impact of the pandemic (or other major events) on here-and-now mortality across different countries.

What is more important and more informative from a policy aspect is consider the impact across different socio-economic groups within a country (i.e. the inequality of Covid-19), as recently seen in analyses of ONS data from The King’s Fund. Before the pandemic, life expectancy at birth was already lower among ethnic minority groups than the white and mixed groups. The King’s Fund notes that demographic, geographical, socio-economic and household characteristics, and co-morbidities have contributed significantly to ethnic differences in Covid-19 outcomes, but they do not explain all the variation. The reasons for ethnic differences in Covid-19 outcomes are not yet fully understood. And the King’s Fund has also highlighted how the impact of Covid-19 has exacerbated regional differences in life expectancies. So an altogether more complicated and complex picture.

A clear issue, sometimes misunderstood, is that the interpretation of mortality trends will vary according to the measure used.  Even if death rates fall, the number of deaths can rise when the population grows or ages. In the UK, for example, 57,000 more deaths were registered in England and Wales in 2018 compared with 2011, which was a 12% rise, but the age-standardised death rate fell by 13.2 per 100,000, a 1% decrease. Indeed, the number of deaths is hugely influenced by the size and age structure of a population. Thus, age-standardised death rates and period life expectancy at birth are more reliable measures for interpreting trends as these adjust for these demographic changes.

The key questions re life expectancy and the Covid pandemic are how quickly life expectancies will bounce back and continue their upward trend, and how will this play out between different socio-economic and ethnic groups, and will inequalities increase even more rapidly after the pandemic between advantaged and disadvantaged groups in many high income countries?

Of importance this time around, however, is the impact of the pandemic on our health care systems. Recent figures published in the Lancet, for example, suggest that in the UK alone 40,000 people are waiting for cancer screening or diagnostic tests or medical interventions, leading, it is predicted, to a further extra 10,000 deaths over the coming years.  In 1919, far less life expectancy gain was due year on year to medical care. Public health initiatives, sanitation and diet still played a key role. Today, however, medical advances are responsible for a large part of the increases in life expectancy for our older populations in many OECD countries, while positive life styles play an increasingly important role too. Medical advances have been particularly responsible for the extension of life for the oldest old, and it is this group who have suffered excess mortality rates over the past 18 months.

Returning to our graph, how long it takes our health care systems to rebound after the pressures of Covid-19 will impact upon the width of the downward V in life expectancy, and it is this – not headlines – which will shadow the lives of many, especially older adults, for several years to come.

The impact of son or daughter care on Chinese older adults’ mental health...
Scroll to top