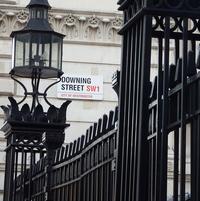 On Thursday 23 June 2016 the EU referendum took place and the people of the United Kingdom voted to leave the European Union. I am sure we all remember either with pain or with pleasure the campaigns of both the Remain and the Leave sides in the lead up to the referendum, and in an endless tsunami of shocking statements.  One of the more shocking statements from a leading politician was from Michael Gove who on 3 June 2016 in a Sky News interview stated that people had had enough of experts.

These few words did significant damage to science and its ability to offer unbiased evidence and advice. Experts were now rubbished by anyone unwilling to countenance their evidence. We moved dangerously into a realm of policy-based evidence rather than one of evidence-based policy.

A year later, Gove sort to put the record straight by claiming that what he actually said was that people have had enough of experts from organizations with acronyms that have got things so wrong in the past. Well, that’s alright then isn’t it?

On 24 June 2016, with the whole population still hung over, Prime Minister David Cameron issued a statement, saying among other things: “Delivering stability will be important and I will continue in post as Prime Minister with my Cabinet for the next 3 months. The Cabinet will meet on Monday. The Governor of the Bank of England is making a statement about the steps that the Bank and the Treasury are taking to reassure financial markets”. And with that he bought a shepherd’s hut and retired to write his version of the truth.

In the words of the Financial Times an ashen-faced Mark Carney walked towards a podium in the ornate parlours of the Bank of England on the morning after Britain’s vote to leave the EU in June 2016. Prime Minister David Cameron had announced his intention to resign, sterling was in freefall and the country was rudderless. “We are well prepared for this,” the central bank governor said gravely. “We will not hesitate to take any additional measures required to meet our responsibilities as the UK moves forward,” he added, reassuring the nation that the BoE would back the commitment to avoid a financial crisis with £250bn of hard cash.

This expert became a beacon of calm and stability, but he was an expert, don’t forget. And of course, he got what was coming to all rubbished experts. After all, what did he know?  Indeed the UK government has repeatedly ignored warnings from experts – scientists, economists, those in public policy – of the real damage that a hard Brexit will do to the country’s economic and societal well-being.

The beginning of this new decade, however, saw the arrival of a global threat which outdoes even Brexit, namely the coronavirus. England’s Chief Medical Officer, Professor Chris Whitty, has become the Mark Carney of the coronavirus epidemic, stepping up to the podium, fielding all the uncomfortable questions with an aplomb some of us remember our politicians once possessed.

Indeed, Whitty is even heralded – are you ready for this? – as the clear-headed expert at the helm of the nation’s strategy to fend off coronavirus. Now that is in the Guardian, but even The Telegraph echoes this sentiment.

Experts are back in favour, with government ministers happily, even thankfully, handing the baton to these experts. But why? Where is Michael Gove smacking them down? Telling us all that we’ve had enough of them? No – now ministers have temporarily put aside their aversion to experts for the sake of the nation’s health – and perhaps their own political survival.

As The Observer so acutely noted this week “I’m very proud that UK experts …are on the frontline of global efforts (against the coronavirus)” Johnson said, in an about turn for a Prime Minister who has made ignoring experts a defining characteristic of his leadership. But whether this newly found sense of pride lasts beyond the coronavirus crisis?  That very much remains to be seen.

Dr George W. Leeson is Director of the Oxford Institute of Population Ageing, University of Oxford.